I got a fish tank a year or so ago. It’s one of those Back to the Roots garden tanks that support a betta and three plant buckets. We had an alge problem, so we added a snail. He gets around a lot, so we call him the SpeedSnail.

(The fish is Fish Stick. It’s what was for dinner the night we brought him home.)

Yesterday, I noticed that the tank walls were getting a little brown. I decided today was the day to clear the counters and do some maintenance on the tank. The first part of that maintenance is to take out the plant pots.

So, I take out the middle pot. The roots are a little long, but not bad. Take out the far left pot. That one is ew and I may need to invest in new growth rocks. Then comes the one with the spider plant in it. This was an experimental plant. I look in the pot and notice one of the rocks looks strangely smooth. And round.

We collect shells. I have several snail shells from various beaches and our yard. So the obvious first thought is, “who put one of the shells in there?”

He must have climbed up the feeding tube, gotten across the rocks, and discovered there was no water up there. He sealed himself up, and waited for the water to come back.

I watched him for a while before I left to meet Quinn for lunch, and spotted him sneaking a peak from inside his shell. When I got back to the house, he was busy hoovering up alge as fast as he could.

So, the snail had an adventure. The tank will get nice and clean again. FishStick can make aggressive moves against a tank-mate that can’t care less about what he’s doing.

“You follow drugs, you get drug addicts and drug dealers. But you start to follow the money, and you don’t know where the fuck it’s gonna take you.”  — Lester Freamon, The Wire

But not as chilly as our boy Willie!

So goes an old family refrain. It comes out often during the winter, especially when someone remarks that “it’s a bit chilly.”

There’s a particular cadence, too:

We’ve lost the genesis of it, but Megh thinks there was a second refrain as well. “Something about being colder than a witch’s tit,” she says, but can’t remember more.

My employer is raising some new buildings on campus.  One of them will have a basement, which means digging, which in this case requires explosive excavation.

Here’s a video from a few weeks ago.  The explosion occurs around the 25 second mark.

Notice the fuse flashing like a bolt of lightning, diagonally above the middle of the mat. That flash always happens, but doesn’t always show up on video due to the way cameras take a series of still images very quickly.  There’s a small pause in between each image, and the flash is lightning fast.

I did not believe.
He said
When my robots storm
your front lawn
you will understand.

As a mathematician, I take care not to be caught doing philosophy. When I buy my copy of Philosophy Now, I ask the newsagent to wrap it up in a brown paper bag in the hope that it will be mistaken for a girly-mag. 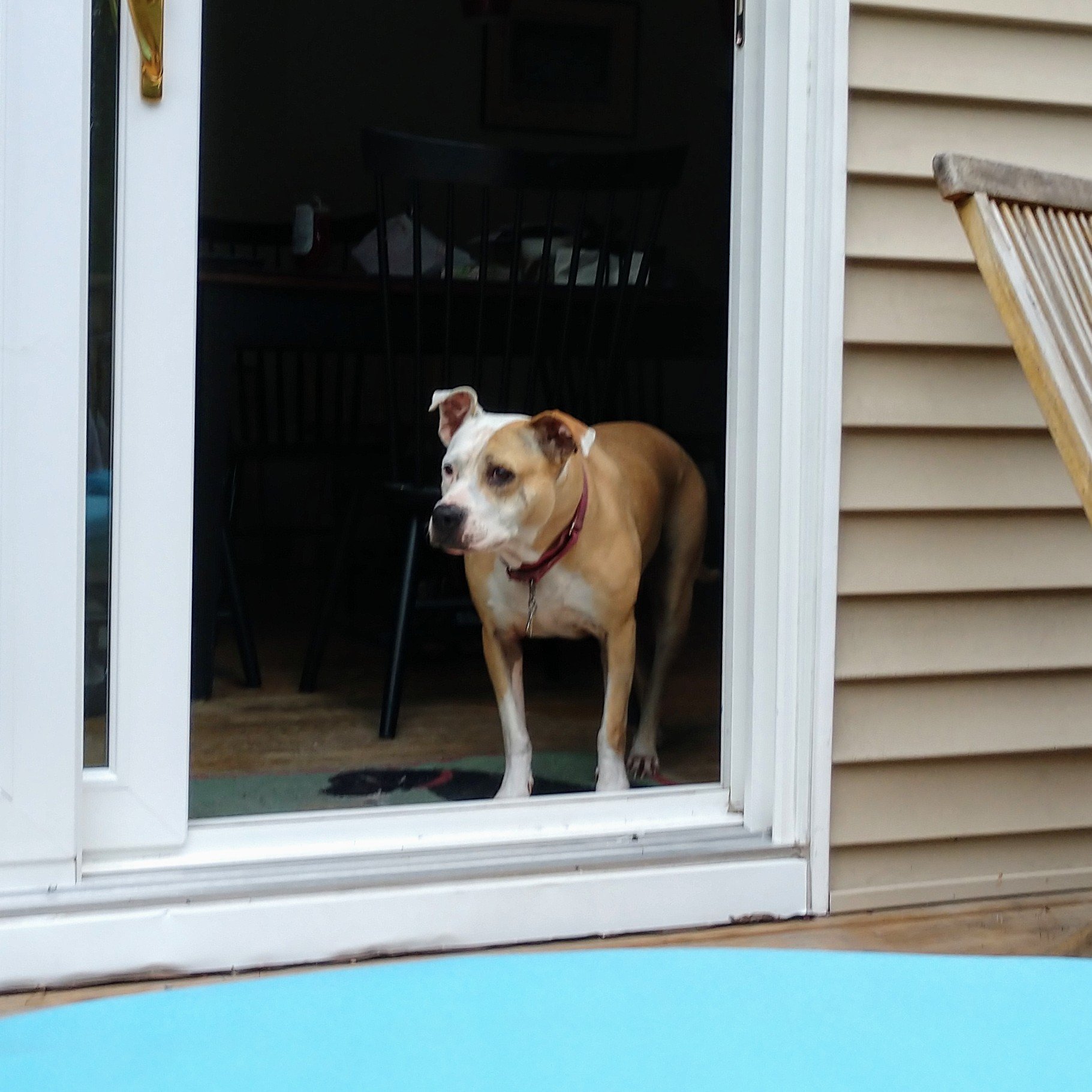 Butter staring at Lucy who was staring at Sir Bofferpants who didn’t care about any of it.