Meghan got a new job here in town a while back.  More to the point, it’s two miles away.

I realized after a while that her car wasn’t really getting a chance to get up to operating temperature very often, even in the middle of summer.  She makes several trips throughout the day to various buildings around town, but they’re rarely more than a couple of miles per hop.

This is the worst-case scenario for a gasoline-powered car.  Her mileage suffered considerably: she was barely getting 20 mpg.  I knew that the car would shortly show signs of fast aging — this is part of the “severe driving” section of the manual.

After hemming and hawing a bit, we decided that the best way to protect our asset would be to go electric.  (I can’t say “protect our investment” because, lets face it, cars are not investments.)  Meghan is the best-case scenario for an electric: lots of starts and stops (which lets regenerative braking recapture lots of energy) and no range anxiety since she’s never far from home.

We did our research, tried out a few cars, and finally found a good match.

Another shot of the front: 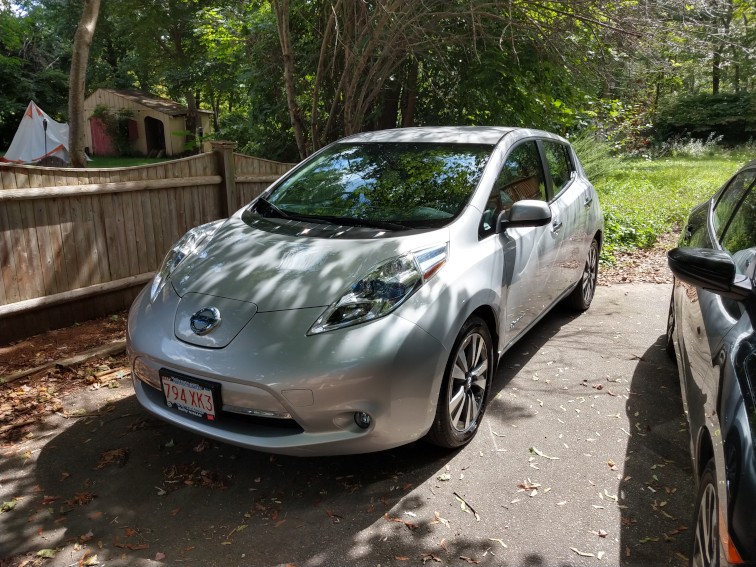 A professional programmer with a sordid past involving sysadmin, tech support, and cooking. View all posts by H Walker Jones, Esq